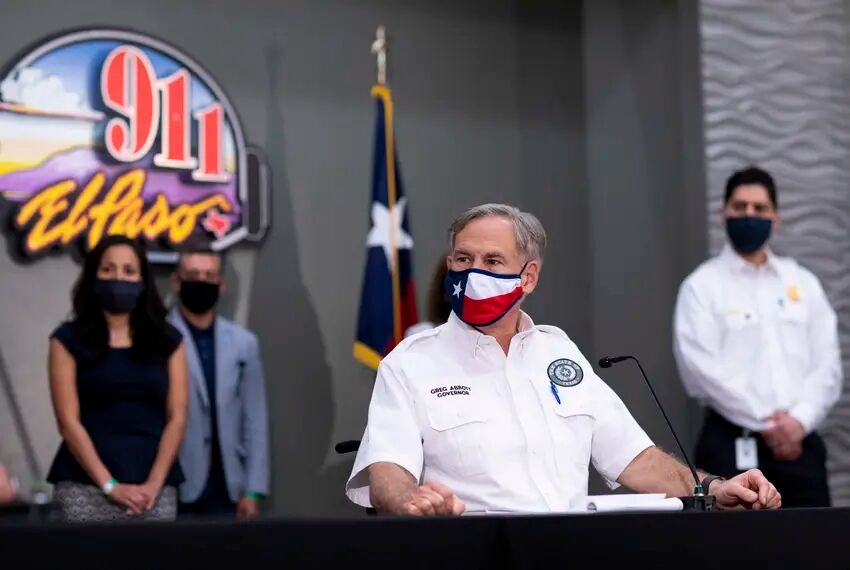 Texans can expect to see “widespread distribution” of COVID-19 vaccines by March to recipients beyond the front-line health care workers who are currently receiving them, including teachers and senior citizens, Gov. Greg Abbott said Thursday.

“There will be multiple vaccines available to us by the time we get to March, and we’ll be providing far more doses of vaccines than what we currently have,” he said in remarks from the UPS Distribution Center in Austin. Abbott added that he had not gotten the vaccine but will “at the appropriate time.”

The governor and the state’s leading health authority both stopped short of saying that the vaccine would be available to anyone who wants it in that short time frame.

“It’ll still be weeks, perhaps months, before it is absolutely available to anyone who chooses to have it, and also in the meantime we need to continue the kinds of things that have gotten us this successful so far,” said Texas Department of State Health Services Commissioner John Hellerstedt. “I can guarantee you that there’s still an emphasis on increasing our capacity to have these vaccines as soon as possible and at as great a quantity as possible.”

Hellerstedt called the vaccines by Pfizer and Moderna, the latter of which is expected to win federal emergency-use approval this seek, “absolute gold” and “a platinum standard” for their safety and effectiveness rates above 94%.

Abbott called the vaccine a “transformational medicine that will help Texas get back to normal as quickly as possible.”

Patience, continued social-distancing and masking practices would need to continue as more producers of the vaccine make hundreds of millions more doses available in the coming months, he said.

“We are very, very blessed to have that level of protection right around the corner,” Hellerdstedt said, “but we’re going to have to be patient.”

Nearly a quarter-million doses of Pfizer’s COVID-19 vaccine have been arriving at hospitals and health care facilities around Texas this week.

A million more doses from Pfizer and Moderna are expected to land in the state in the coming days, Abbott said.

“That will allow us to be well over a million people who will be vaccinated just in the state of Texas alone, just this month,” he said. “Those numbers will continue to increase as the production continues to increase.”

He also pointed to vaccines in development from Johnson and Johnson and AstraZeneca that he said will ramp up the distribution even faster in the new year.

Some 110 sites from the Rio Grande Valley to the Panhandle were expecting the vials of vaccine to arrive by Friday, including hard-hit border communities and the state’s largest cities with some of Texas’ highest death tolls.

Texas is on deck to receive 1.4 million doses before the end of the year as part of the first phase of the largest national immunization program in American history.

Front-line health care workers, after nine months of battling the deadly disease that has claimed more than 300,000 lives nationally and nearly 25,000 in Texas, are first in line for the injections, which began in Texas on Monday.

As of Thursday, there were at least 9,528 hospitalized patients in Texas with confirmed coronavirus infections. This data does not account for people who are hospitalized but have not gotten a positive test, and the Texas Department of State Health Services says some hospitals may be missing from the daily counts.

Texas is participating in the Pharmacy Partnership for Long-Term Care Program, a federal program to vaccinate residents and staff of long-term care facilities. Vaccines will be distributed free from partnering Walgreens and CVS locations to facilities, which are set to receive them starting on Monday, Dec. 21, Abbott’s office said last week.

More than 1,200 skilled nursing facilities and more than 2,000 other long-term care facilities — with a total of more than 225,000 beds —had registered for the program as of last week, Abbott’s office said. The program will begin on Dec. 28.

“Texas officials expect it to take months for coronavirus vaccine to be available to anyone who wants it” was first published at https://www.texastribune.org/2020/12/17/texas-greg-abbott-covid-19-vaccine-press-conference/ by The Texas Tribune. The Texas Tribune is proud to celebrate 10 years of exceptional journalism for an exceptional state.

The Texas Tribune is a nonpartisan, nonprofit media organization that informs Texans — and engages with them – about public policy, politics, government and statewide issues.