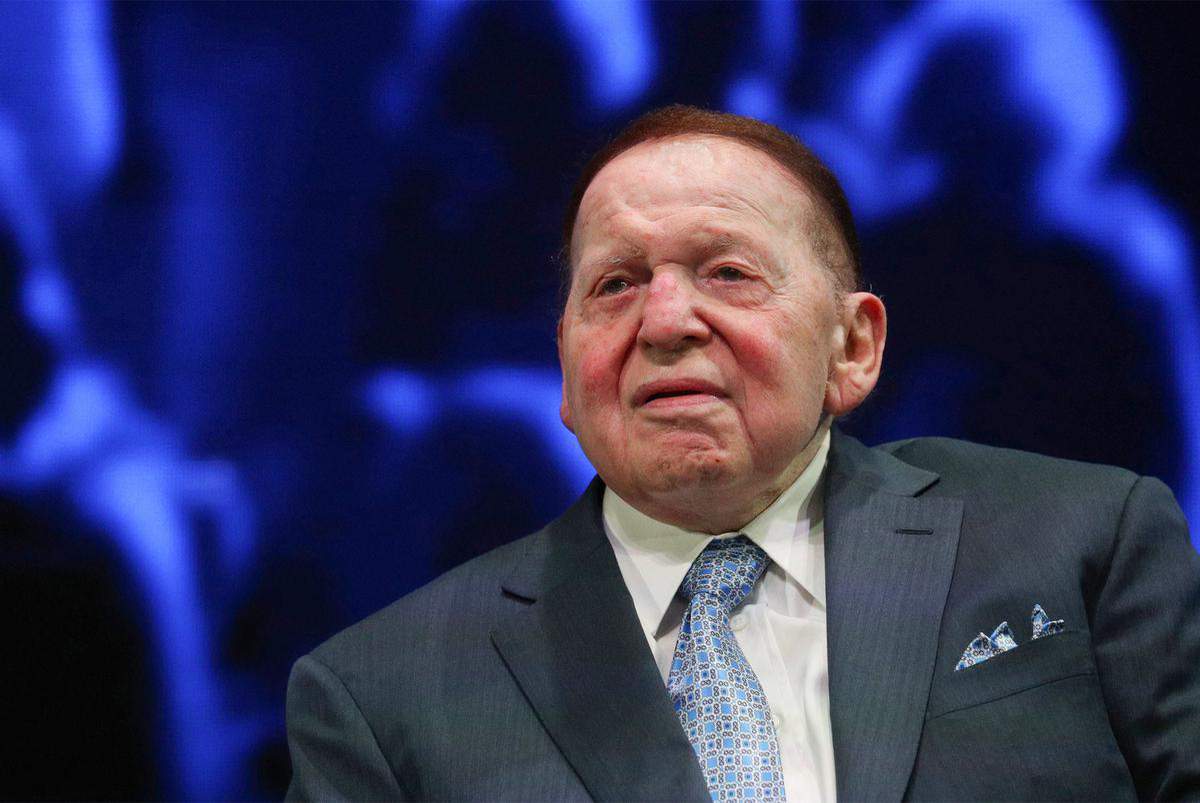 The casino empire helmed by GOP megadonor Sheldon Adelson is zeroing in on Texas.

Las Vegas Sands, among the world’s largest gaming companies, has set its sights on legalizing casinos in the state with a stable of high-powered lobbyists for the upcoming legislative session — and on Tuesday, a public acknowledgment of its ambitions.

Andy Abboud, Las Vegas Sands’ top lobbyist, said the company was pursuing Texas as one of only a few expansion opportunities, along with places like Japan, Brazil and New York.

“We view Texas as a worldwide destination and one of the top potential markets in the entire world,” Abboud said during a conference hosted by the Texas Taxpayers and Research Association. “Texas is considered the biggest plum still waiting to be out there in the history of hospitality and gaming.”

For over a half hour Tuesday, Abboud made a robust pitch for legalizing casino gambling in Texas, putting a clarifying exclamation point on recent speculation that Las Vegas Sands was targeting the state. He proposed a “limited number of destination resorts in Texas,” in or near big cities, that would not aim to replicate Las Vegas but would “blend into existing infrastructure.” He said a “strict regulatory environment” would be an “absolute requirement.” And he urged lawmakers to require bidders to make a “minimum investment of 1 or 2 or 3 billion dollars so that you absolutely only get the best companies bidding and they are forced by law to build an incredible facility.”

Las Vegas Sands’ interest in Texas is coming to light after a November election in which Adelson and his wife, Miriam Adelson, ranked among the top donors to Republicans’ successful battle to preserve their majority in the state House. The couple donated $4.5 million in September to a Texas account affiliated with the Republican State Leadership Committee, the top national GOP group involved in state legislative races.

Previous efforts to legalize casino gambling in Texas have not taken off, though the appetite could be different this session, when lawmakers are faced with a $4.6 billion budget shortfall. That has generated speculation about new revenue sources, including “sin taxes” such as legalizing casino gambling and marijuana.

“They are job creators, they hire a lot of additional employees, they have tremendous purchasing power,” Abboud said of casinos. “But they are also tremendous generators of tax revenue.”

The state has some of the strictest gambling laws in the country, but there are a few exceptions where the practice is allowed, such as bingo, the state lottery, and at horse or greyhound dog races. Through court decisions and legislation in the 1980s, three federally recognized Native American tribes operate casinos with limited games — in Eagle Pass, El Paso and Livingston.

Speculation about Adelson’s plans mounted in recent weeks as Las Vegas Sands hired 10 lobbyists who are deeply connected at the Capitol. They include people like Gavin Massingill, chief of staff to outgoing House Speaker Dennis Bonnen, R-Angleton; Drew DeBerry, a former senior staffer to Abbott; Karen Rove, the wife of veteran Republican strategist Karl Rove; and Mike Toomey, a chief of staff to two former governors.

While Abboud spoke effusively Tuesday about the potential for Texas to become a world-class destination for casino gambling, he sought to keep expectations in check when it comes to the industry’s fiscal impact.

“We should be very clear,” Abboud said. “We will never pretend to say that we will solve all the economic problems of a state. We will help diversify an economy because of the wide range of taxes that we pay.”

In Texas, for example, casino gambling could help guard against the volatility of the oil and gas industry, Abboud said.

Asked if Las Vegas Sands has found states to be more amenable to casinos if their revenue is dedicated to something like public education, Abboud said Las Vegas Sands has not taken a position on that, believing it is a decision best left up to lawmakers.

State Rep. Joe Deshotel, D-Beaumont, introduced a bill last session that would have asked voters to approve casino gambling in certain parts of the Texas coast as a way of increasing funding for insurance for those living in the hurricane-prone region. Deshotel’s legislation got a committee hearing but went nowhere after that.

Deshotel has filed nearly identical legislation for the upcoming session.

“I’m very encouraged that a major casino operator is interested in Texas,” Deshotel said in a statement Wednesday. “It makes no sense for Texans to send hundreds of millions of dollars to other state coffers. Not to mention all the good paying jobs it will create.”

Last session, Deshotel’s bill ran into opposition from groups like the socially conservative Texas Values and the Texas Baptists Christian Life Commission. A lobbyist for the commission, Rob Kohler, said Wednesday it would be “absolutely impossible” under federal law for Texas to pursue the limited destination gambling that Abboud pitched without opening the state to a flood of casinos like Oklahoma has experienced. Kohler also said he did not see any changes in lawmakers’ desires for casino gambling heading into the next session.

“We think that the elected members of the Legislature, as in the past, would recognize that this type of opportunity is not economic development and will end up hurting the state more than it would end up helping it,” Kohler said.

“We don’t support legalization of casinos in Texas,” said Jonathan Covey, policy director for Texas Values. “It’s not good for the economy and it’s not good for families.”

Abboud emphasized Tuesday that voter approval is the first step in his company’s vision for Texas.

“All that will happen in the Legislature this next session is for the state Legislature to put it on the ballot and to let voters decide,” Abboud said. “And then business leaders and community groups and the policymakers need to get involved in the process and make sure that this is done the right way.”

At the end of his talk with the Texas Taxpayers and Research Association, Abboud urged anybody with questions to reach out to him and said his company is a “big, wide open, transparent book.”

“We’re proud of our product,” he concluded, “and we want to bring it to Texas.”