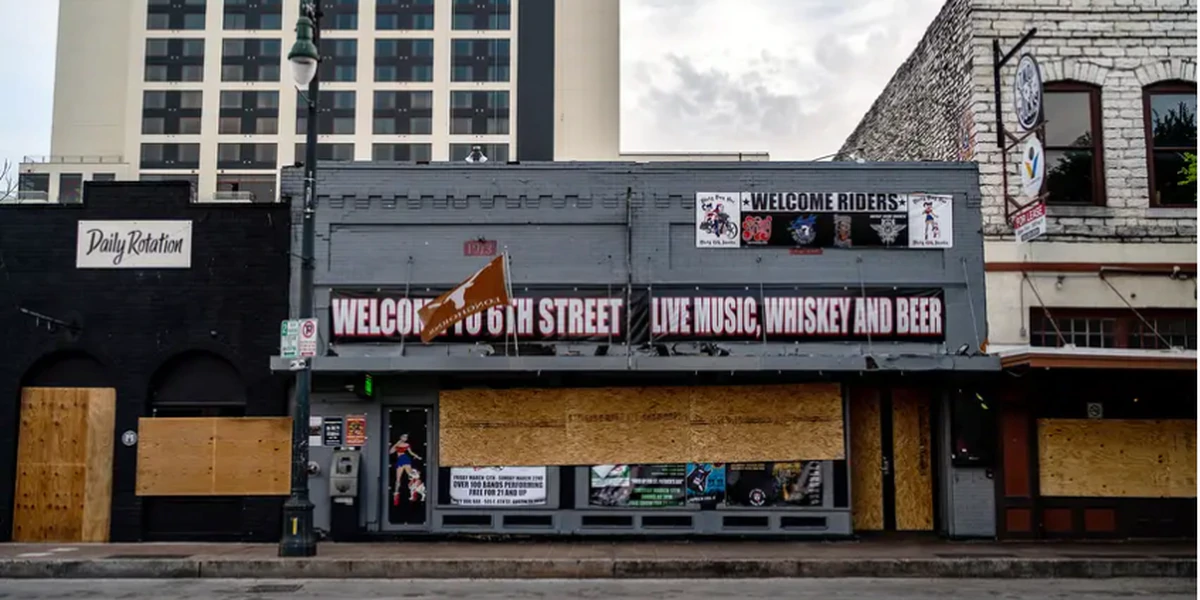 Gov. Greg Abbott teased in a tweet Monday that he would soon allow “more openings” of Texas businesses, setting off speculation that he will allow bars to reopen a second time because he ended the message with the word “Cheers!” and included an image of two beer mugs clinking.

Abbott wrote in the tweet that the spread of the coronavirus and numbers of people hospitalized with COVID-19 “remain contained.”

But the state’s seven-day average positivity rate — or the share of coronavirus tests that come back positive in a week — is now slightly higher than 6%. It was slightly lower than that when Abbott first reopened bars, a decision he later said he regretted. And as of Monday, there were 3,318 Texans hospitalized with COVID-19, compared with 1,578 on May 22, when Abbott originally reopened bars.

The disease the coronavirus causes has killed more than 16,000 Texans.

When asked Monday about Abbott’s hint at more reopenings, a spokesperson for the governor referred The Texas Tribune to the tweet that prompted the question.

In a reply to Abbott’s tweet, Dallas County Judge Clay Jenkins said the county’s health committee “strongly discourages the reopening of bars at this time,” citing rising hospitalizations and cases in North Texas.

Spread of the coronavirus in bars and nightclubs — where typical nights can include mingling among strangers, singing along to loud music, shouting and dancing on a packed dance floor — has been widely documented throughout the U.S.

But industry groups and bar and distillery owners have criticized Abbott for months, saying that he is not communicating with them on their proposals to allow them to reopen safely and avoid massive numbers of businesses shutting down for good. The number of service industry employees who have been out of work has been a large driver of unemployment claims in the state this year.

“We’ve heard rumblings that the government was going to allow some form of reopening, but we haven’t heard anything official,” said Spencer Whelan, the executive director of the Texas Whiskey Association. “Every time that we think we are going to hear anything, we never do.”

Catherine Troisi, an infectious disease epidemiologist at UTHealth School of Public Health, said it is difficult to predict what kind of effect a potential opening of bars will have in the state’s COVID-19 rates.

“It’s going to depend basically on human behavior, how much risk people will take when going to bars. We will have to wait and see,” Troisi said.

At a press conference last month, Abbott announced that restaurants could increase to 75% capacity while bars would remain closed. Abbott said that bars are “nationally recognized as COVID-spreading locations” and that the case numbers need to be further contained before they can open. Abbott’s office did not respond to questions at the time about what those metrics might be.

After shutting down dine-in service in March, as officials across the globe have done this year, Abbott eventually opened restaurants and then bars this spring. But in late June, when cases began to soar in Texas, Abbott ordered restaurants to scale back capacity and closed all bars, which Texas defines as all facilities where alcohol makes up more than 51% of sales — even establishments that operate like what people think of as restaurants.

By June 26, when Abbott ordered bars closed again, the seven-day average positivity rate surpassed 18%, and 5,102 people were hospitalized with COVID-19.

“If I could go back and redo anything, it probably would have been to slow down the opening of bars, now seeing in the aftermath of how quickly the coronavirus spread in the bar setting,” Abbott said during a June interview with KVIA-TV in El Paso.

Abbott expressed regret at allowing bars to reopen so quickly at the time. And while the seven-day average death count has decreased in the last week, the governor could allow those same bars to open again as the average number of positive cases and hospitalizations has risen over that same time frame.

Troisi said bars are physically designed for socializing and are places where it can be more difficult to stay distanced and use face coverings. She also said they are places where people tend to stay longer and meet others outside of their familiar social circles.

“The concern is that we do know what conditions are more amenable for spread. Bars pretty much check off every one of them.”

“The concern is that we do know what conditions are more amenable for spread. Bars pretty much check off every one of them,” said Troisi. “You could turn the music down, you can limit the number of people so that it is not so crowded, you can do like they do in restaurants and physically distant tables, so that people are not too close, but again some of the risk factors are inherent to what bars do.”

In light of those health risks, Michael Klein, the head of the Texas Bar and Nightclub Alliance, which represents thousands of bars, released a plan that attempts to limit those issues. It includes requiring all patrons to be seated at their tables, bans dance floors, and requires servers and customers to wear face masks when not at their tables.

Although Abbott said he was working with the industry to develop a plan to safely bring back bars last month, Klein said he has not heard from the governor’s office since May.

“We disagreed with the way anti-business Abbott has handled this process since March,” said Klein, who is unsure if the tweet means bars will be reopened and what they would look like if they do come back. “This is long overdue.”

Austin Mayor Steve Adler hopes such precautions are required if bars are allowed to reopen.

“I hope that if the governor opens the bars more widely he insists on those kind of rules, so bar patrons are sitting at a table and getting served, or they are wearing their mask when they go up to the bar to get an order of drinking.” Adler said. “Many cities around the world do OK until they get the bars, and then when bars happen things seem to go a little sideways.”

While Texans haven’t been able to enjoy carefree nights of cheersing at bars since June, many have enjoyed similar nights at some places formerly classified as bars. The Texas Alcoholic Beverage Commission let bars reclassify as restaurants by shifting their menus to offer food throughout their business hours, so Texans can still clink glasses — so long as they can also order food on the side.

More than 1,000 of the 8,000 certified Texas bars have already applied for and reopened as restaurants, though industry advocates see this as a way for the government to avoid solving the real issue. Many businesses, including distilleries and wineries, felt they could not comply with the order because they didn’t have the infrastructure to serve food or felt the reclassification was cost prohibitive.

Abbott’s closure of bars also ensnared breweries and other places that make more than 51% of their revenue from alcohol. Some people in that part of the industry hope that at the very least, the coming order allows them to reopen.

“Our hope is that, regardless of what they do, they open Texas tasting rooms because we operate differently,” said Dacota Haselwood, the executive director of the Texas Wine and Grape Growers Association. “Many are located in rural areas and not open in the evening. People are there for education of the products and not because of the same reason why people go to bars.”

Carla Astudillo contributed to this story.