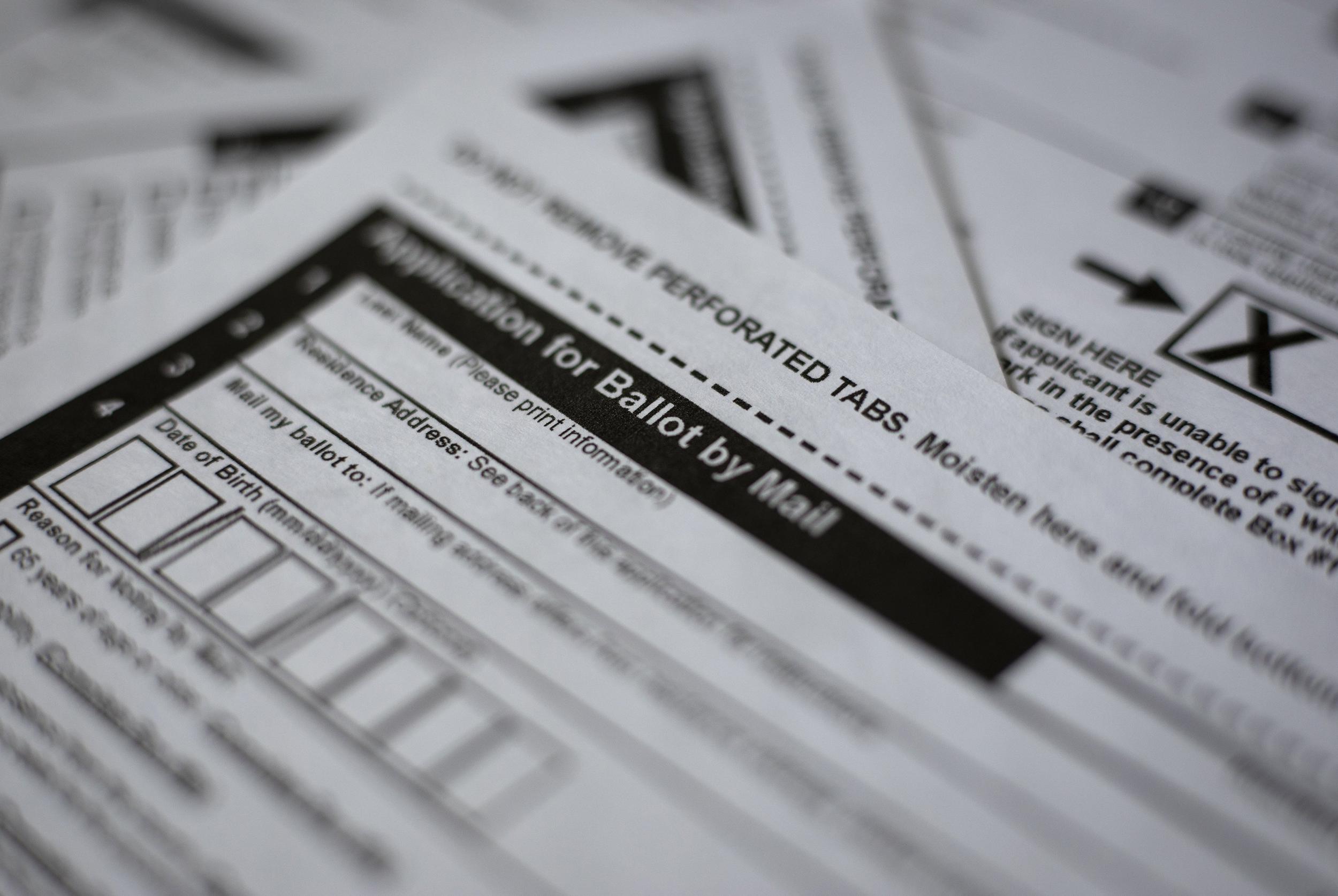 Acting at the request of the secretary of state, the Texas attorney general sued Harris County on Monday after it refused to drop plans to send applications for mail-in ballots for the November general election to more than 2 million registered voters.

Attorney General Ken Paxton is asking a state district court to bar Harris County Clerk Chris Hollins from proactively providing the applications to every registered voter in the county, alleging Hollins does not have the authority under state law to carry out the plan.

The lawsuit marks the latest development in a growing battle over voting by mail in Texas during the coronavirus pandemic. That fight had focused on which voters are eligible to cast an absentee ballot, but it has now expanded to include a disagreement between the state and its most populous county over who can even receive the application to request a mail-in ballot.

Until now, the local election officials, including county clerks, actually responsible for carrying out elections had mostly been spectators as Texas’ Republican leadership fought off efforts by state Democrats and civil rights groups to expand voting by mail during the pandemic. Monday’s action marks the most prominent intervention by the state in local election practices.

“And Hollins’s plan to send vote-by-mail applications to every registered voter, regardless of whether the application was requested or whether the recipient is qualified to vote a mail ballot, is not an exercise of power that is necessarily implied to perform his duties,” Paxton wrote.

The legal action was sought by the secretary of state’s office, which last week demanded the county retract its plan by Monday at noon. The secretary of state’s office has advised counties seeking to proactively send out applications to limit those mailings to voters who are 65 and older — the only predetermined qualification for a mail-in ballot in Texas — to avoid confusion about eligibility.

The secretary of state’s office claimed that Harris County’s endeavor would amount to “abuse of voters’ rights,” raising the prospect that sending applications to all voters, including those who do not qualify, may cause confusion among voters and “impede the ability of persons who need to vote by mail to do so” by “clogging up the vote by mail infrastructure” with applications from voters who do not qualify.

But Harris County refused to back down from its plan, with Hollins noting that the county’s mailing would also include “detailed guidance to inform voters that they may not qualify to vote by mail.” The county has also previously indicated it is planning to purchase more mail-sorting equipment and hire hundreds of temporary workers who will focus on processing voting-by-mail applications and ballots.

“They have taken the position that somehow sending the form that would make it easier for someone to vote is somehow impeding a person’s ability to vote,” said Douglas Ray, a special assistant county attorney in Harris County. “The lack of logic in that assertion is beyond me.”

The county’s mailing plan expands efforts made ahead of the July primary runoffs to send applications to all voters 65 and older — which other counties will be doing for the general election. Hollins previously said he was encouraged by the county’s return rate for the July runoffs and indicated the county would build on that work for the general election to encourage as many eligible voters as possible to vote by mail during the pandemic. Otherwise, voters must request or find the application online. The secretary of state allows any voter to request an application for a mail-in ballot through its online portal without asking whether the voter meets the eligibility requirements.

In applying for a mail-in ballot, it’s up to the voter to check off which of the state’s eligibility criteria they meet. Texas is one of just six states that haven’t opened up mail-in voting to any voter concerned about getting COVID-19 at a polling place. The state’s eligibility requirements remain strict, limiting mail-in ballots to voters who are 65 or older, those who will be out of the county during the election period, voters who cite a disability or illness or voters confined in jail but still eligible to vote.