Home Latest News Texas families now have until Aug. 21 to apply for food aid to make up for school meals
Latest NewsTexas News

Texas families now have until Aug. 21 to apply for food aid to make up for school meals 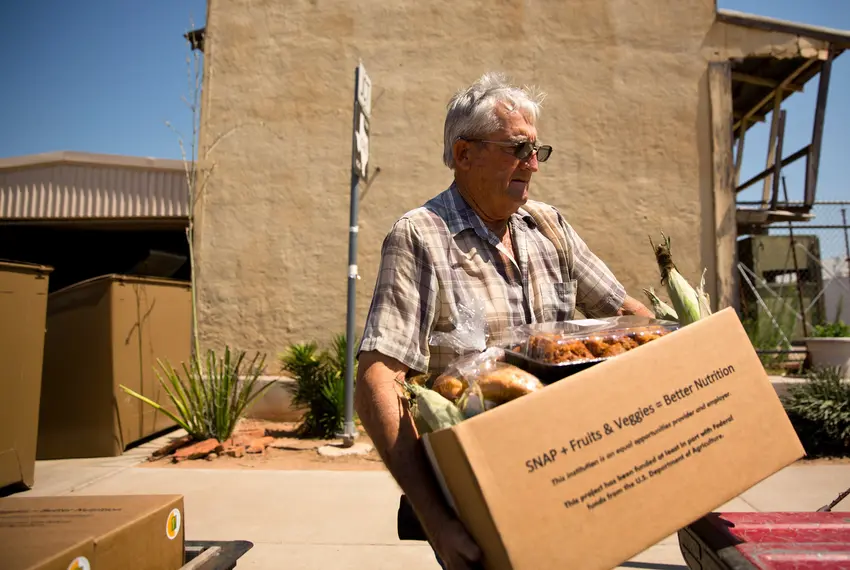 A volunteer loads a box of groceries into a truck for delivery to a nearby community in the Panhandle. Photo credit: Callie Richmond for The Texas Tribune

Gov. Greg Abbott announced Tuesday that he has extended the deadline to apply for the Pandemic EBT card, which pays $285 for each student who received free and reduced-price meals, to Aug. 21.

The federal benefit for lower-income students is intended to fill the gap caused when schools shut down in the spring because of the pandemic. The deadline had previously been extended from the end of June to the end of July.

Food policy advocates said these extensions are necessary to give more time to the families of about 800,000 eligible Texas children who have yet to apply for the federal program.

As of July 17, a little more than 20% of the 3.6 million eligible Texas school children had not been signed up for the program, according to Texas Department of Agriculture data, said Rachel Cooper, a senior policy analyst with Every Texan, a left-leaning think tank previously known as the Center for Public Policy Priorities.

“We’re pleased with how many families have so far received this benefit, but there are still thousands of eligible families in our communities that can apply for assistance,” Wayne Salter, Texas Health and Human Services’ access and eligibility services deputy executive commissioner, said in a written statement.

While some Texas counties — including Hidalgo, Harris, Fort Bend and Nueces — have reached upward of 88% of eligible applicants, others — including Williamson, Potter and Ector counties — are hovering around 67%, according to data from the agriculture department.

Thousands of families are still applying every day, but “with all of the chaos and disruption” of the last few months, many still don’t know they qualify, Cooper said.

In addition to the online application, the state also has a phone number families can call to fill out applications over the phone; translators are available if needed.

Cooper said it’s likely that many immigrant families have hesitated to apply because they don’t know that their immigration status will not bar them from aid or hurt their chances to become legal residents under the public charge rule — which penalizes immigrants who have used public benefits for a certain period of time.

“We know that families are struggling right now,” Cooper said. “Food insecurity rates have skyrocketed for families in Texas, and so any additional money that they can put toward food helps, and this is one way to get help to those families and kids right away.”