As Congress feuds over unemployment payments, more than 1.6 million jobless Texans are about to lose a $600 weekly benefit 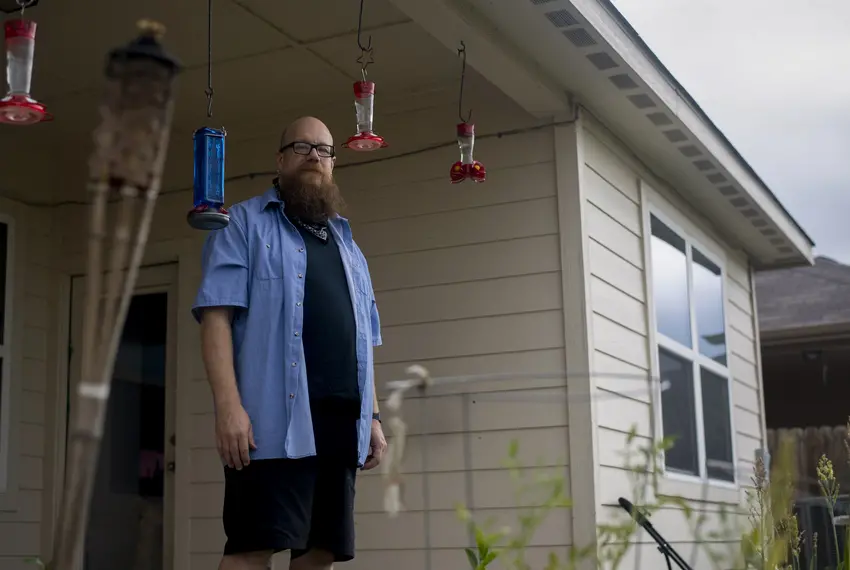 More than 1.6 million Texans out of work due to the new coronavirus are bracing for the loss of a $600 weekly addition to their unemployment benefits as Congress’ two chambers appear split over extending the payments that are about to expire.

The payments expire nationwide July 31, according to the federal legislation that created them to help Americans stay financially afloat during the coronavirus pandemic’s economic downturn.

But thanks to a technicality in state law, the benefit expires Saturday for Texans, according to a spokesman for the Texas Workforce Commission. The reason: July 31 falls on a Friday, and Texas law prevents the TWC from paying people benefits for only part of a week.

“A full-benefit week begins on Sunday and ends on Saturday,” TWC spokesperson Cisco Gamez said in a video statement Tuesday.

Nearly 3 million Texans have filed for unemployment relief since mid-March and more than 2.3 million have received the additional $600 a week during that time.

If Congress doesn’t extend the $600 benefit, that will leave many Texans getting anywhere from $69 to $521 per week in unemployment benefits. Whether Texans will retroactively receive that $600 for next week if Congress extends the benefit after Saturday’s Texas cutoff could depend on how the legislation is worded, a TWC spokesperson said.

Texans like Marney Mason have relied on the additional payments since losing work when the pandemic began.

Mason, 50, is a dishwasher at a restaurant in Austin and was out of work from mid-March until late June. His employer recently called him back in on a part-time schedule. He is still partially unemployed and continues to receive the $600 every week — which he said has helped him cover essential expenses he otherwise wouldn’t be able to afford.

The Democratic-controlled House of Representatives passed an extension of the weekly $600 payments in mid-May through the HEROES Act, but the GOP-held Senate has not yet taken up this bill, which is unpopular among Republicans.

Republican U.S. Sen. Ted Cruz opposes extending the weekly $600 payments. A spokesperson for the junior Texas senator said in a statement that he instead supports a payroll tax cut for employers and employees.

“Sen. Cruz has repeatedly said that the Senate cannot allow [U.S. House Speaker Nancy Pelosi] to hijack this process to advance more of her progressive agenda and add trillions of more dollars to our national debt, which House Democrats’ HEROS Act would do,” the statement read.

U.S. Sen. John Cornyn’s office said the Texas senator supports extending unemployment assistance but did not specify whether he supports extending the weekly $600 payments. Some Republicans are considering reducing the payment to between $200 and $400 a week.

“Sen. Cornyn supports extending unemployment assistance for Texans impacted by the pandemic as part of the next relief bill,” Drew Brandewie, a spokesperson for Cornyn’s office, wrote in an email.

A study from the National Bureau of Economic Research found that workers may be collecting more money through the weekly $600 payments than they would through their regular jobs — which some Republican leaders say disincentivizes them from looking for work. In June, White House economic adviser Larry Kudlow proposed replacing the additional $600 in weekly benefits with a bonus for individuals who have returned to work.

Almost every Republican House member from Texas voted against the HEROES Act, with the exception of U.S. Reps. Ron Wright, Kay Granger, Kenny Marchant and John Carter, who did not vote. All but two Democratic members of the Texas congressional delegation voted in support of the HEROES Act; U.S. Reps. Eddie Bernice Johnson and Vicente Gonzalez did not vote.

Mason worries that if the payments run out, he and his wife won’t be able to put healthy food on the table for themselves and their two daughters, 16 and 12.

“We’ve lived on very little money before, we can do it again. But the way that we do it … we eat garbage, it’s all just beans and rice all the time,” he said. “And that’s not good.”

Economists say the end of the weekly $600 payments will lead to Texans with less spending money to fuel an economic recovery.

“With the loss of this additional income many Texans will have less cash on hand to spend in their local communities,” Richard Murphy, an assistant professor of economics at the University of Texas at Austin, wrote in an email. “I would imagine that local industries such as services and events will be hit again [and] the general public will have less disposable income.”

Venkatesh Shankar, a marketing professor at Texas A&M University, said Texans who work in certain industries will be hit harder than those in other industries. These hard-hit industries include travel, tourism, restaurants, fitness, beauty and entertainment, he said.

“As Covid-19 continues to surge, these industries will be slow to reopening, so they will be hit hard,” Shankar wrote in an email.

Mason fears what will happen if the weekly $600 payments end Saturday and he is still working reduced hours.

“If, at the end of this, they go back to regular unemployment, that’s coming close to running out for me, and that should be out by the end of the year,” he said. “And then, if they haven’t got my hours back up, I just don’t know what I’m going to be able to do.”
Article by  MEENA VENKATARAMANAN, texastribune.org

Mask mandate appears to be helping in Texas, but experts ask Gov. Greg Abbott not to rule out a shutdown