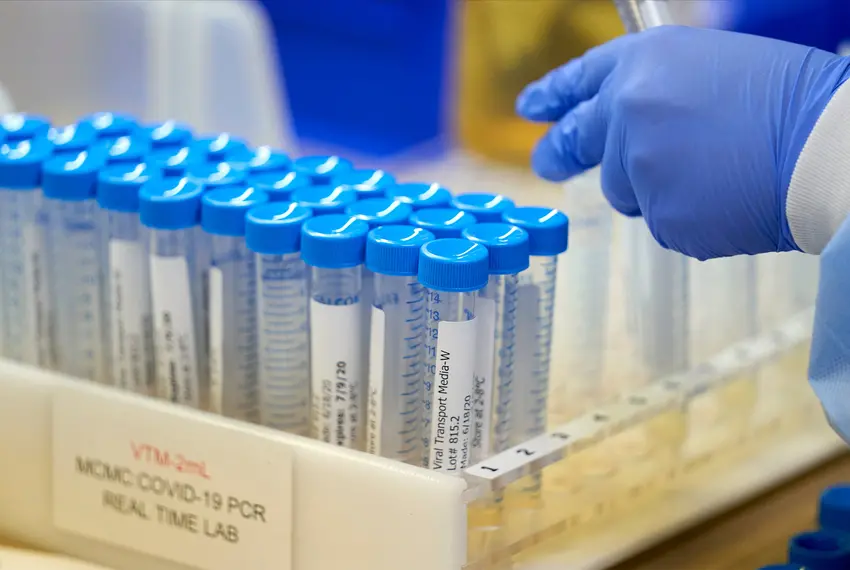 Eighty-five infants who are under the age of 1 have tested positive for the coronavirus in Nueces County since testing began there in March, county officials confirmed this weekend.

The county, which includes Corpus Christi, has become emblematic of the recent surge of coronavirus cases in the state. When the pandemic first started ravaging the state, Nueces County stayed relatively healthy while the Amarillo region suffered.

Now, however, the beachfront location has one of the fastest-growing outbreaks in the state, adding well over 2,000 new cases for each of the past two weeks.

In all, 8,407 people have tested positive for the coronavirus since mid-March. Children under the age of 1 represent about 1% of those positive cases. But the Nueces County number underscores that young people can be affected to the disease, though the Centers for Disease Control and Prevention and other health experts report that the risk of severe illness increases with age.

One child under 1 has died in Nueces County after contracting the virus, but county officials say the child was “brought to the hospital with unrelated symptoms and tested for COVID-19 while at the hospital.” The child later died at home, and an autopsy is being conducted to determine the cause of death.

“Nueces County has been aggressive in testing the family members of those infected, especially those who work or live in high-risk situations: senior care centers, jails, group homes and halfway houses, and meatpacking plants,” Nueces County Judge Barbara Canales said in a statement on Saturday. “By contact tracing and testing the immediate family members for those with known exposure who work in high-risk critical infrastructure jobs, this may account for our higher degree of testing and positive test results among infants.”

The 85 number was first reported Saturday by CNN, which quoted Annette Rodriguez, director of public health for Corpus Christi Nueces County, on Friday: “We currently have 85 babies under the age of one year in Nueces County that have all tested positive for COVID-19.

“These babies have not even had their first birthday yet,” she said. “Please help us stop the spread of this disease.”

That quote was later reported by The Texas Tribune and other outlets. As concern over the number spread, Canales, the top elected official in Nueces County, clarified that it was a cumulative number since the pandemic began.

“For context, the spokesperson was using that statistic to illustrate that no one is naturally immune to this virus,” she said. “While the elderly and those with existing medical conditions are at greater risk of illness and death, anyone can get the virus, from the elderly to infants, and without regard to race, gender, or economic status. The number was used to illustrate this point.

In the last seven days, Nueces County has seen the fastest growth in new cases than any other metropolitan in the state, Corpus Christi city manager Peter Zanoni told CNN.

“You can see the trend line is relatively flat until July, and this is where we have had that huge spike in cases, and this is why it’s turned into a major problem for Nueces County,” he said.

As of late, Texas has become a new hotspot for coronavirus cases, reporting a record high 174 deaths on Friday, according to data from the Texas Department of State Health Services.