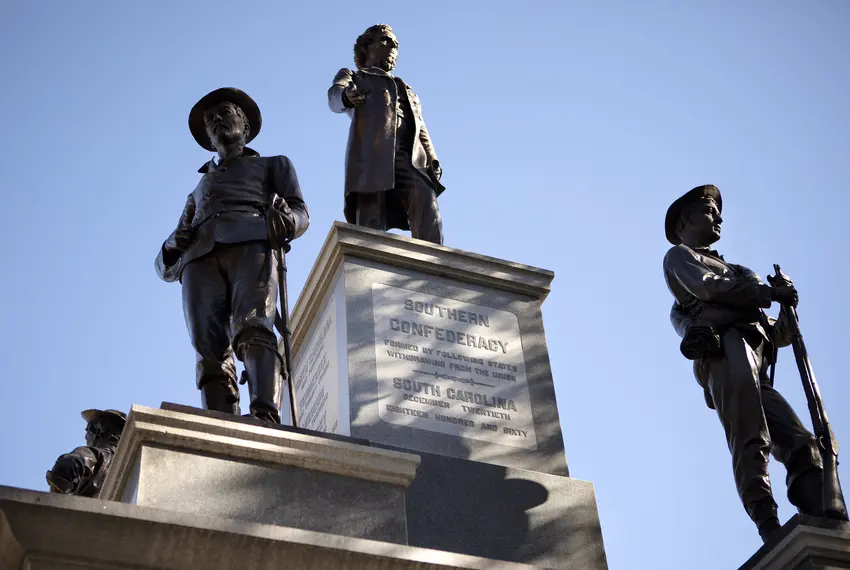 Long-held views on the discrimination against Black people and on memorials to the Confederacy are changing in Texas in the wake of George Floyd’s killing in Minneapolis police custody and the protests that followed, according to polling by the Texas Politics Project at the University of Texas.

Texas registered voters’ opinions are split on the protests that followed Floyd’s death: 43% approve and 44% disapprove. Most voters younger than 29 (68%) approve of the protests, a view shared by 50% of voters between 30 and 44, 46% of the 45-64 set and 31% of voters aged 65 and older. While 46% of women have favorable opinions of those protests, 38% of men do. Only 38% of white voters approve, while 69% of Black voters. Hispanic voters split, with 40% holding favorable opinions and 40% holding unfavorable ones.

Most Black voters (51%) say they have been treated unfairly by police because of their race or ethnicity, an experience shared by 29% of Hispanic voters in the survey, 18% of Asian voters and 11% of white voters.

The police are viewed favorably by 55% of Texas voters, unfavorably by 30%. The favorable sentiment reached a high point in previous UT polls in February 2017, at 64%. The unfavorable opinions have risen from a low of 18% in that same February 2017 survey.

The deaths of Black people in encounters with police, according to 49% of Texas voters are “a sign of broader problems in the treatment of African Americans by police,” while 43% say those are “isolated incidents.” Among Black voters, 82% say it’s a sign of broader problems; 56% of Asian voters, 47% of Hispanic voters and 43% of white voters agree. Half of white voters say those were isolated incidents.

Texas voters are divided on the Black Lives Matter movement, but more approve of BLM now than in the University of Texas/Texas Tribune Poll taken before the 2016 presidential election. In the current survey, 42% have favorable views of Black Lives Matter, while 43% have unfavorable opinions of it; in October 2016, the split was a much more negative 28-54.

In October 2017, more than half of Texas voters thought Confederate statues and monuments should remain where they are — 34% just as they are and another 22% with “historical context provided.” Public opinion has flipped, with most believing they should either be removed from public view (20%) or “moved to a museum or other site where they can be presented in historical context (32%). A slight majority of white voters (53%) would leave the monuments in place, while majorities of Black voters (82%) and Hispanic voters (54%) would move them.

The University of Texas/Texas Politics Project internet survey of 1,200 registered voters was conducted from June 19 to June 29 and has an overall margin of error of +/- 2.83% percentage points.