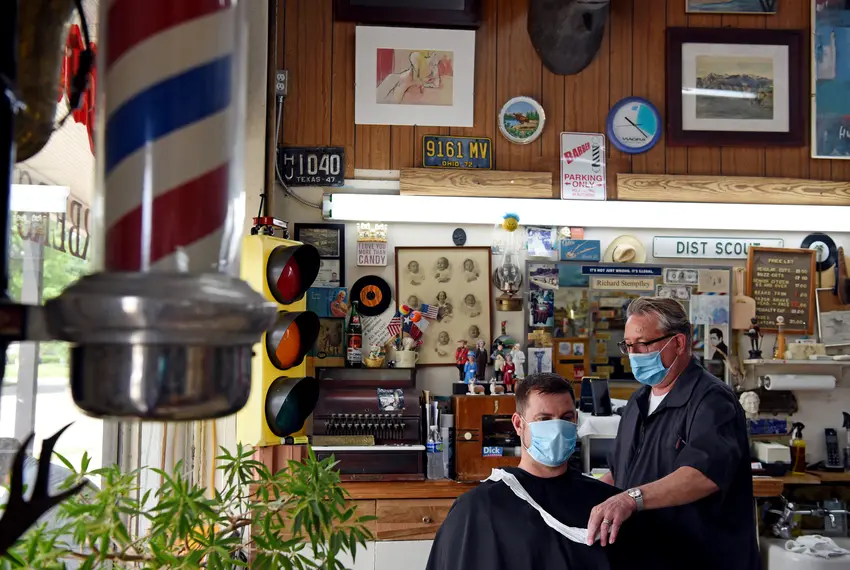 The mayors of nine of Texas’ biggest cities urged Gov. Greg Abbott in a letter Tuesday to grant them the “authority to set rules and regulations” mandating face masks during the coronavirus pandemic.

As COVID-19 cases and hospitalizations continue to climb in Texas, an executive order from Abbott bans local governments from imposing fines or criminal penalties on people who don’t wear masks in public. When the order went into effect, orders from counties and cities requiring masks became toothless. The mayors wrote that many people in their cities continue to refuse to wear face masks and that “a one-size-fits-all approach is not the best option” when it comes to regulating the issue.

The letter asks Abbott to consider allowing each city’s local officials to decide whether to require the use of face coverings in order to prevent the spread of the virus.

On Tuesday, the state reported a record-breaking total of 2,518 patients hospitalized with the virus. The seven-day average of new cases has also reached new heights in recent days.

“We think you would agree that a healthy economy starts with healthy people,” the letter states. “If you do not have plans to mandate face coverings statewide, we ask that you restore the ability for local authorities to enforce the wearing of face coverings in public venues where physical distancing cannot be practiced.”

Abbott has continued to encourage Texans to wear masks, but in a press conference Tuesday he balked again at the idea of imposing penalties on people who don’t.

“I make clear on a daily basis around the entire state of Texas that wearing a mask is very important, and local officials send that message,” he said. “Putting people in jail, however, is the wrong approach for this thing.”

He said local officials wanting to slow the spread of the virus have other tools at their disposal. For example, while they can’t impose fines related to masks, they can fine businesses or individuals for violating rules on gatherings, he said.

Abbott was responding to a question at the press conference about calls from Dallas County Judge Clay Jenkins for new mask requirements. Abbott said Jenkins “seems to be taking a somewhat two-faced approach as it concerns his pleas for enforcement. He needs to avail himself of the tools that are available to him for enforcement.”

Afterward, Jenkins said in a statement that Abbott’s staff had recently asked him whether he had “any idea” what is causing the increase in positive cases. Jenkins said he answered, “Increased activity and human contact. Loosening of masking and social distancing. Both brought about by the Governor’s decisions to accelerate opening and limit our local ability to enforce recommendations from Governor or medical experts.

“I’m simply asking the Governor to lead on the masking requirement the medical experts say is the single most important thing we can do right now to prevent spread or allow local governments to lead on this important issue,” Jenkins wrote.

In the meantime, restaurants, stores and other businesses are making their own decisions about whether to require masks. The supermarket chain H-E-B recently ended its requirement that customers wear masks within its stores, causing more than 25,000 people to sign a petition demanding that it reinstate the precaution. An H-E-B spokesperson called the petition “well-intentioned” but said the situation is complicated.

“Without any guidance or rules from the local government like we had a couple of weeks ago, there is nothing to enforce,” the spokesperson, Dya Campos, told KSAT-TV. “We would have to call [the police] for every conflict and use illegal trespass. It’s very difficult to deny entry. We request all customers wear masks and encourage it with messaging.”