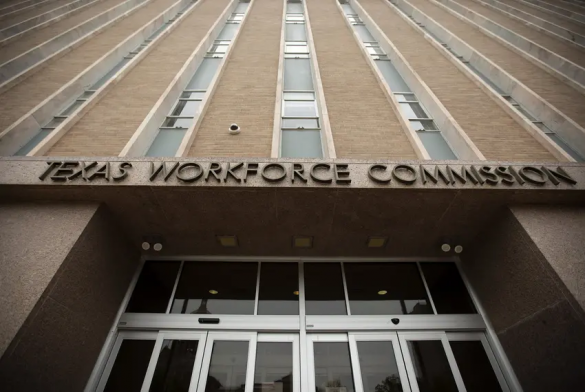 Texans receiving unemployment could be eligible for a total of 52 weeks of benefits — double the typical amount of time aid is available — as the state triggered an extended benefits period, according to the Texas Workforce Commission.

Unemployed Texans have historically received up to 26 weeks of benefits. The U.S. Department of Labor notified the Texas Workforce Commission on Monday that the state triggered what’s called State Extended Benefits, which provides 13 additional weeks of unemployment aid. That comes after a federal coronavirus relief bill previously extended some unemployment benefits for 13 weeks under what’s called Pandemic Emergency Unemployment Compensation.

The first week Texans could start receiving these newest extended benefits is the week ending July 4, which is 13 weeks after the PEUC extension took effect in the state. People must first exhaust the standard 26 weeks, plus the additional 13 weeks under PEUC, before receiving the additional 13 weeks of extended benefits, said Cisco Gamez, spokesperson for the commission. Self-employed workers and gig employees — who newly became eligible for unemployment because of the federal coronavirus relief bill — can also receive extended benefits, Gamez said.

According to the Department of Labor, 2.2 million Texans have filed for unemployment since mid-March. The Texas Workforce Commission has paid out $9.7 billion in benefits using state and federal funds.