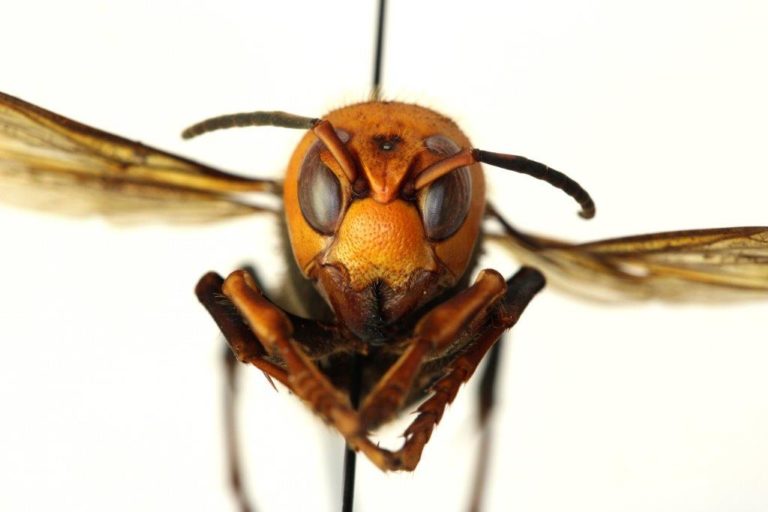 A giant invasive hornet was sighted several times in northwestern Washington state and Canada in late 2019, causing concern across the U.S. At the request of Gov. Greg Abbott, a specialized task force led by Texas A&M AgriLife experts is spearheading an initiative to protect Texas citizens, agriculture and honey bees if the “murder hornet,” or Asian giant hornet, arrives.

The hornet, Vespa mandarinia, preys on bees and can decimate local honey bee populations. Honey bees are essential for most fruit and vegetable crop production. Because crops rely on honey bees and other insects for pollination, in its absence, crop yields would greatly suffer. What’s more, the Asian giant hornets are fiercely protective of their nests. They deploy painful stings that can cause fatal allergic reactions in people already sensitive to bee stings.

How the pests ended up in North America is not yet clear. Washington state investigations are focusing on the possibility that container ship or airplane transport may have inadvertently transported a fertilized female hornet.

“Part of our response is preparing our state entry points for cargo transportation,” said Greg Pompelli, Ph.D., director of the Center for Cross-Border Threat Screening and Supply Chain Defense. “We are developing training for Customs and Border Protection staff to be able to detect the Asian giant hornet. We are also increasing surveillance of incoming containers and evaluating opportunities for specialized detection, such as possibly using scent-trained dogs to find these hornets hidden in cargo or luggage.”

The world’s largest hornets, these insects are native to many areas, from Japan and South Korea to India and Pakistan. Up to 2 inches long, the insect is about a half-inch larger than the “cicada killer” wasp common in Texas.

Autumn is the hornets’ mating period and the most crucial time for their spread. After mating in the fall, the queens find places to overwinter while the rest of the nest dies out. Hornet queens re-emerge in the spring to raise their young. Once the queen has reared a few dozen workers, she no longer leaves the nest. To control the insects at that point, the nest must be located and the queen killed.

“While widespread surveillance for the hornets in Texas is premature, we do need strategies to prevent the hornets arriving here in cargo,” Ragsdale said. “Right now, what we need to know is whether the Asian giant hornets have successfully overwintered in British Columbia or in Washington state.”

In Washington, the State Department of Agriculture, WSDA, has created a systematic trapping program to locate any overwintering queens or workers this spring, Ragsdale said. If WSDA confirms the hornets are overwintering in Washington, the department will work to map the infestation and eradicate all colonies before the hornets’ mating season in late summer or early fall.

Five Injured in Shooting at Fort Worth Park on Sunday

Texas will test every nursing home resident and staffer