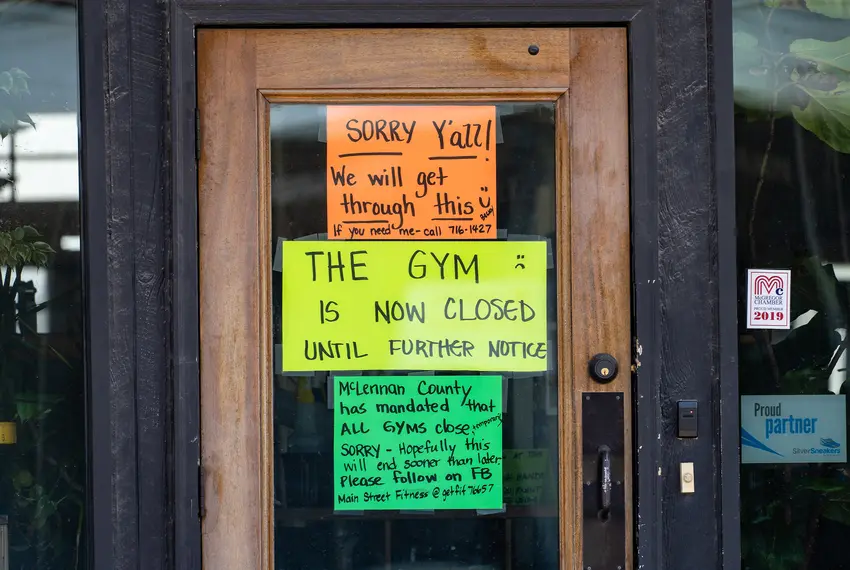 A gym in downtown Mcgregor is closed during the coronavirus pandemic. Photo credit: Jordan Vonderhaar for The Texas Tribune

The office of Attorney General Ken Paxton is making clear to county judges that Gov. Greg Abbott‘s new executive order reopening Texas businesses does not include places like barbershops, hair salons and gyms.

When Abbott announced the order Monday, he specifically said he was not yet ready to open those kinds of establishments. But a few local officials, including Hopkins County Judge Robert Newsom, have since questioned whether the order actually excludes those businesses.

A top lawyer in Paxton’s office provided that clarification in a letter to county judges Thursday. Ryan Vassar, deputy attorney general for legal counsel, wrote that Abbott’s order is “neither vague nor unenforceable.”

“News reports have suggested that [Abbott’s order] does not prohibit these businesses from opening their doors to the public,” Vassar continued. “We disagree.”

Abbott’s order, which goes into effect Friday, lets restaurants, stores, movie theaters and malls open at 25% capacity. He has said he will announce another round of business reopenings on May 18 and suggested he could address barbershops and salons even earlier.