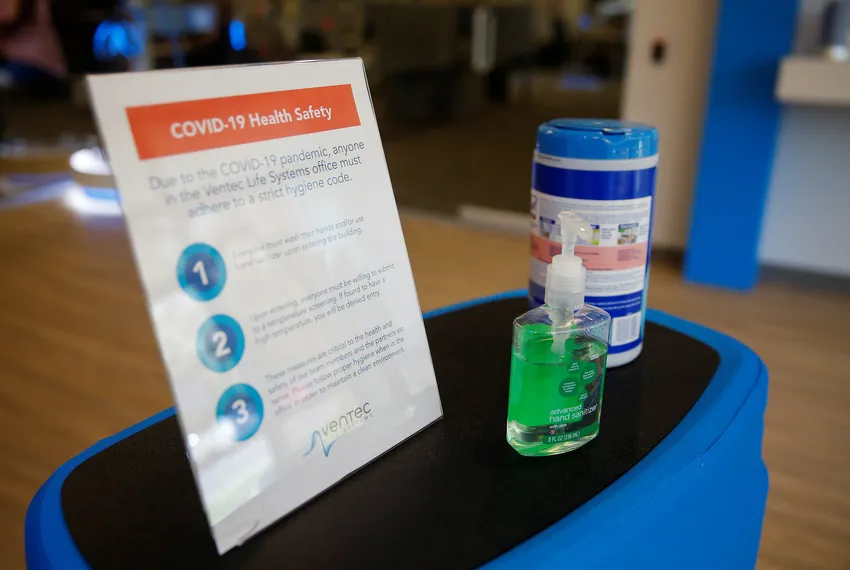 More than two dozen Texas City nursing home residents who have tested positive for the new coronavirus are being treated with hydroxychloroquine, an anti-malarial drug that President Donald Trump has touted as a possible treatment for COVID-19, even as medical experts urge caution because it has yet to be vetted for that purpose through robust clinical trials.

The doctor who prescribed it to 27 residents of The Resort at Texas City was Robin Armstrong, the nursing home’s medical director and a prominent GOP activist who serves as a surrogate for the Trump campaign. The drug’s efficacy is being tested at the nursing home, where more than 80 residents and workers have tested positive for the new coronavirus, as its role in treating COVID-19 patients is debated across the country. The federal government has approved it on an emergency basis in some COVID-19 cases, though medical experts — including some inside the Trump administration — have been far less willing to embrace its widespread use.

Armstrong, who said his politics have nothing to do with his practice as a physician, acknowledged that there has not been robust clinical testing of the drug for this purpose but said he is very familiar with the medication and the risks and benefits it carries. The disease’s mortality rate is higher among elderly coronavirus patients, he said, so he wanted to try something proactive to help them heal — to “treat folks like I would my mom,” he said in an interview Monday evening.

“It’s a vulnerable population — it’s certainly a judgment call,” he said. “It’s responsible if you monitor them properly, and that’s certainly what we’re doing.”

Many of the patients began the five-day course of treatment Saturday, and all are still at the nursing home.

Armstrong, who serves on the advisory board of the Black Voices for Trump coalition, is one of Texas’ two Republican National Committee members.

Armstrong said it was too early to say whether the drug was helping. Some patients saw improved oxygen saturation, but he could not say for sure that was a result of the treatment.

Gov. Greg Abbott shared news about the treatment during a news conference in Austin on Monday afternoon.

“We look forward to updating you as the week progresses about how this drug is aiding or not these patients,” he said.

Philip Keiser, Galveston County’s local health authority, said he was not involved in the decision to treat the patients using the drug, but he supported the choice.

“This drug is widely being used to treat COVID-19 although its effectiveness is unclear,” Keiser said.

State Sen. Bryan Hughes, R-Mineola, said the treatment that the nursing home patients are receiving comes from a donation of 1 million hydroxychloroquine sulfate tablets that he recently helped secure for Texas from Amneal Pharmaceuticals. The New Jersey-based company made the donation directly to the state.

The donation from Amneal Pharmaceuticals went to the Department of State Health Services pharmacy, which has been distributing the drugs to hospitals upon request, according to a department spokesman, Chris Van Deusen. The department has given 10 bottles to the University of Texas Medical Branch at Galveston.

Hughes said the donation began coming together at least a couple of weeks ago through a colleague at his law firm who knows an Amneal board member. The board member said the company was following reports of shortages of the drug and wanted to give it away to people who needed it, Hughes said. The senator then got in touch with state officials like Nim Kidd, chief of the Texas Division of Emergency Management, who Hughes said helped him navigate the bureaucracy of getting the donation into the state’s supply.

“We want to make sure that docs have every possible tool to fight this virus,” Hughes said. “Hydroxychloroquine is not a silver bullet, but many doctors say it’s helping their patients, so let’s make sure they have access to that.”

Texas is not the only state where hydroxychloroquine is being used on coronavirus patients since federal officials signed off on its for emergency use last week, clearing the way for it to be distributed to hospitals across the country. New York Gov. Andrew Cuomo said earlier Monday that he has allowed its hospitals to use a treatment involving hydroxychloroquine “at their discretion.” He said the drug has been “anecdotally” promising, though it could still be weeks or months before official study results are available.

Hydroxychloroquine is an anti-malarial drug often prescribed for the autoimmune disease lupus that has shown some potential to speed patients’ recovery in limited research — but has not been shown to work against COVID-19 in any significant clinical trial. Chinese researchers found in a small trial that it sped recovery in mildly ill patients, but the study did not examine critically ill patients and has yet to undergo rigorous peer review.

The U.S. Food and Drug Administration has authorized the drug for “emergency use” among some COVID-19 patients “for whom a clinical trial is not feasible.” But medical experts caution that it is untested and carries significant risks, including heart arrhythmia that can lead to cardiac arrest.

Trump has promoted use of the drug, while his senior medical adviser, Anthony Fauci, has cautioned that rigorous study of the drug is still necessary.

There are at least 7,276 coronavirus cases in Texas, including 140 deaths, according to the latest numbers from the Texas Department of State Health Services. The cases are spread across 157 of the state’s 254 counties.

There have been 85,357 coronavirus tests conducted in Texas, according to the DSHS figures.

The department on Monday began reporting the number of patients in Texas hospitals who are confirmed to have the virus. That figure was 1,153 in its latest update.

Confirmed COVID-19 Case Count in Rockwall County Up To 12

Dallas teen allegedly breaks into home, kidnaps 4-year-old boy while he sleeps, and stabs him...

Fight in Ft Worth Leads to Shootout Between Cars

Mom wakes up to find 4-year-old son dangling from hole in apartment floor after dog...

Principal repeatedly locked 8-year-old boy in outdoor ‘cage,’ forced him to eat on the ground,...