Gov. Greg Abbott says Texas schools will stay closed until at least May 4 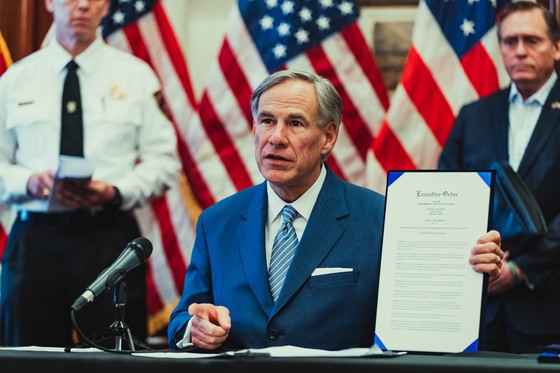 Schools in Texas will remain closed until at least early May as part of an executive order that Gov. Greg Abbott announced Tuesday to continue to stem the spread of the new coronavirus.

A previous executive order from Abbott shuttered schools until midnight Friday, but his most recent order extends the shutdown until May 4. The latest order could also be extended.

Abbott announced the executive order at a news conference at the Texas Capitol, saying it would bring the state in line with the federal guidance urging social distancing that President Donald Trump announced Monday would now run through the end of the month. The order also says Texans “shall … minimize social gatherings and minimize in-person contact with people who are not in the same household.”

“In short, what this provides is that Texans are expected to limit personal interactions that can lead to the spread of COVID-19 while also still having the freedom to conduct daily activities such as going to the grocery stories, so long as you are following the presidential standard of good distance practices,” Abbott said.

Abbott made clear he did not consider the executive order a “shelter-in-place” or “stay-at-home” order, taking issue with that terminology. Instead, “this is a standard that’s based upon essential services and essential activities,” Abbott said.

For over a week, Abbott has resisted calls for a statewide shelter-in-place order, leaving the decision up to local officials. In recent days, they have acted to put most of the Texas population under stay-at-home orders.

Hours before Abbott’s news conference, the leaders of the Texas Hospital Association and Texas Nurses Association released a letter to the governor saying the “time has come” for a statewide stay-at-home order.

“We urge you to implement this strict measure to prevent widespread illness in Texas,” the letter said.

There are at least 3,266 coronavirus cases in Texas, including 41 deaths, according to the most recent figures from the Texas Department of State Health Services. The cases are spread across 122 of the state’s 254 counties.

There have been 42,992 tests done in Texas, according to the latest numbers.