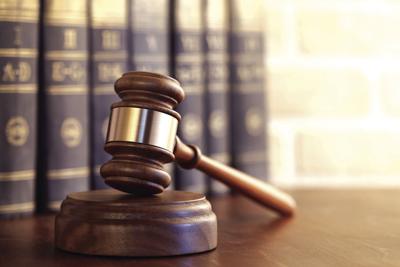 Three firearm vendors who operated at DFW gun shows have pleaded guilty to unlicensed dealing, announced U.S. Attorney for the Northern District of Texas Erin Nealy Cox. None of the defendants were conducting background checks on their buyers.

“Today, we’re taking aim at unlicensed dealers who allow guns to fall into dangerous hands,” said U.S. Attorney Erin Nealy Cox. “I’m proud to bring this case under Project Guardian, the Attorney General’s gun violence reduction initiative. Hopefully, these pleas send a message to would-be offenders: If you violate federal firearms laws, you will be held accountable for the guns you’ve illegally injected into our communities.”

“Engaging in the business of selling firearms without a license circumvents regulations designed to identify prohibitors such as felony offenses, dishonorable discharge from military service or substance abuse,” stated ATF Special Agent in Charge Jeffrey C. Boshek II.  “The firearms transfers made by Mr. Bennett, Mr. Selby and Mr. Sims undermine community safety and hinder the investigation of firearms recovered at crime scenes.”

Federal law requires that dealers engaged in the business of dealing firearms – defined as repeatedly devoting time and attention to purchasing and reselling guns for monetary gain – obtain Federal Firearms Licenses and run background checks on potential buyers.  (Hobbyists who sell weapons in one-off private transactions are not required to be licensed or to run background checks.)

According to plea papers, Mr. Bennett, Mr. Selby, and Mr. Sims were caught engaging in the business of selling firearms without a license during an undercover investigation at several Dallas-area gun shows, including Big Town in Mesquite, Will Rogers Coliseum in Fort Worth, and Market Hall in Dallas.

None of them entered potential buyers into the National Instant Criminal Background Check System, NICS.

The defendants admit that many of the guns they sold ended up in the hands of prohibited persons, including a man convicted of drug dealing and another convicted of willful cruelty to a child. Others were recovered at crime scenes, from California to Florida to Mexico.

Both Mr. Bennett and Mr. Sims admit they explicitly promoted that sales at their booths involved “no paperwork” – in other words, no background check. Mr. Bennett even admits that he dealt in .380 caliber pistols, “preferred firearms for trafficking to Mexico.”

Each defendant now faces up to five years in federal prison.

DPS Takes Preventative Measures Against COVID-19, Encourages Texans to do the Same