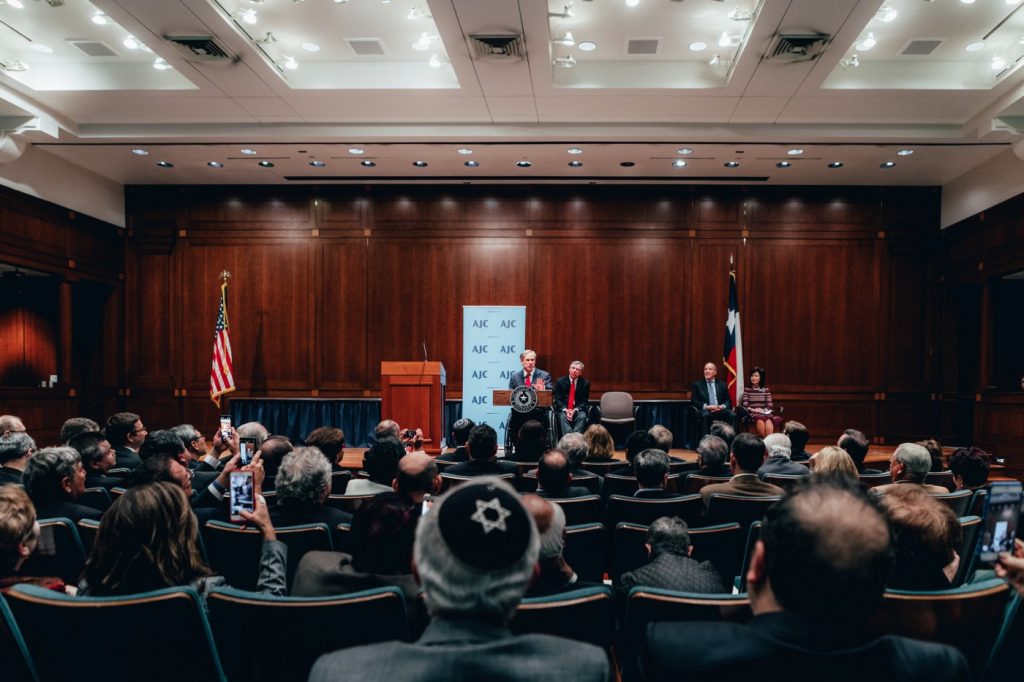 Governor Greg Abbott yesterday delivered remarks at the American Jewish Committee’s (AJC) International Day of Commemoration at the Texas State Capitol. Governor Abbott paid tribute to the innocent lives lost during the Holocaust and spoke out against acts of anti-Semitism around the world, and announced his intention to establish a commission to identify and combat anti-Semitism in Texas. In his remarks, Governor Abbott also discussed his recent visit to Israel, where he toured the Yad Vashem Holocaust Museum in Jerusalem and laid a wreath in the Hall of Remembrance.

“It is vital that we take time to reflect on the atrocities that were committed against the Jewish people, and that we remember and honor those who were killed during the Holocaust,” said Governor Abbott. “But one single day of remembrance is not enough. We must carry these lessons and the memories of those lost with us every day, and work diligently to eradicate hate, violence, and anti-Semitism in our communities. May every Texan find the courage to stand up to bigotry, and may we all empower future generations to extinguish the flames of hatred.”

The American Jewish Committee is an international Jewish advocacy group that was established on November 11, 2016. It is one of the oldest Jewish advocacy organizations. AJC’s key focus is to promote religious and civil rights for Jewish people internationally. The organization has 22 regional offices in the United States, including AJC Houston and AJC Dallas who sponsored today’s event.