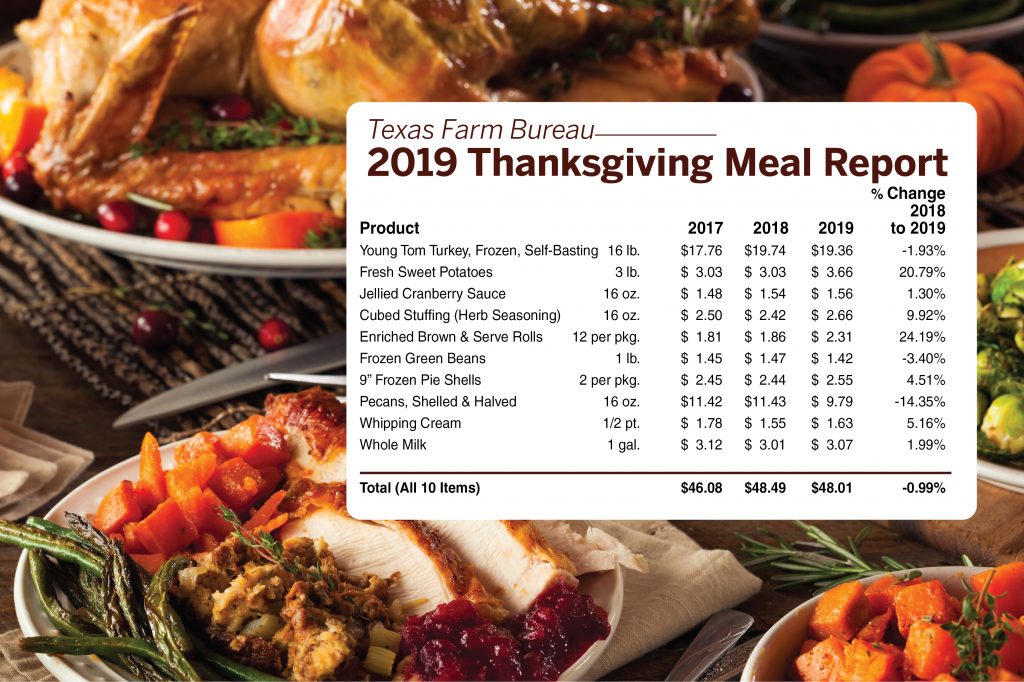 A traditional, Texas-style Thanksgiving dinner for 10 will cost $48.01 this year, down 48 cents, according to the special Texas Farm Bureau (TFB) Thanksgiving Meal Report.

“Preparing large holiday meals can be expensive,” TFB President Russell Boening said. “But this year, Texans can budget a little less for the traditional Thanksgiving meal.”

The featured food on most Thanksgiving tables—the turkey—cost slightly less than last year, ringing up at $19.36 for a 16-pound bird. That’s about $1.21 per pound.

Food showing the largest decreases this year, in addition to the turkey, were frozen green beans, $1.42 per package, and pecans, $9.79 per 16 oz. package.

Adding these foods to the Thanksgiving menu increases the overall cost to $75.28.

TFB has released its informal Thanksgiving Meal Report survey since 2009.