Home Homepage When Should I Water My Yard? WaterMyYard Has An App For That
HomepageLatest News

When Should I Water My Yard? WaterMyYard Has An App For That 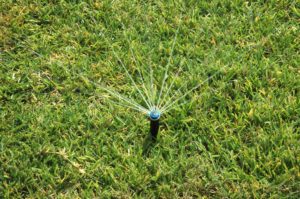 A frequent summertime question from homeowners is “how much do I need to water my yard?” according to Texas A&M AgriLife Extension Service experts.

Each year is a little different, said Dr. Guy Fipps, AgriLife Extension irrigation engineer, College Station. Less than 5% of the state is experiencing drought this year, and many parts of the state received more rainfall than usual.

“As a result, except for West Texas, most yards have not needed much watering,” said Fipps. “Years like this are the best time to conserve water by only irrigating when needed.”

The WaterMyYard program can answer the “when to water” question for homeowners athttp://WaterMyYard.org, said Charles Swanson, AgriLife Extension landscape irrigation specialist, College Station. The program and website are offered by AgriLife Extension in cooperation with local sponsors and accessible with smartphones.

“The WaterMyYard website application takes the guesswork out of irrigating your yard,” he said.

WaterMyYard uses the best scientific data available to determine how much water plants need based upon the local climate, soils and other factors, Swanson said.

Swanson said 57 specialized weather stations were installed by program sponsors to provide the localized climatic data needed to calculate daily evapotranspiration, the amount of water used by plants. Knowing how much water plants are using and how much rain has fallen allows WaterMyYard to determine if any irrigation is needed.

“Since the beginning of April, WaterMyYard has only recommended watering twice for most yards in the metropolitan areas of the state, so that’s about 12 weeks where no irrigation was needed,” he said. “Each week you do not irrigate saves the average residential homeowner around 2,300 gallons.”

It typically gets drier during July and August in most areas of the state, increasing the need for irrigation, Fipps said.

So, it is a good time for residents who live in sponsored areas to sign up for WaterMyYard. WaterMyYard includes calculations for sprinkler and drip irrigation systems by all major manufacturers. It can also calculate weekly runtime watering recommendations for homeowners who use hose-end sprinklers.

WaterMyYard originally started in collaboration with the North Texas Municipal Water District in 2012 in response to the severe drought year of 2011. The District continues to sponsor all cities within their service area in the program, including Plano, Richardson, Garland, Wylie, McKinney, Rockwall, Mesquite and Forney.

The WaterMyYard program continues to rely upon sponsors such as cities, water utilities and water districts to help cover the costs of the program. Some of sponsors who have joined the program since 2012 include the cities of Irving and San Angelo, Upper Trinity Regional Water District, which includes Denton; the Lower Colorado River Authority, which includes Austin, the Harris Galveston Subsidence District and Fort Bend Subsidence District, which both include the greater Houston area, and Dallas County Park Cities Utility.

For the complete list of sponsors and cities in their service areas, see the “About” link at http://WaterMyYard.org.

Sponsors help cover the costs of the weather stations and provide program support for the free service. The program currently has over 18,000 subscribers. Anyone who does not live in a service area and would like to join the program should have their city or water utility contact Swanson or Fipps.

The WaterMyYard Program has not stopped at providing weekly emails and text messages. They are testing a WaterMyYard Smart Add-on Controller to implement recommendations automatically.

“We know we save water when we don’t irrigate,” Swanson said. “The controller we are testing attaches to the existing controller and links up with the WaterMyYard server through the home Wi-Fi network. The controller then automatically implements the WaterMyYard watering recommendation. This will save the homeowner from having to go out and manually turn on or off their system and will increase the water conservation potential of the program.”

Rep. John Ratcliffe Expected to Be Nominated by President Trump to Serve as Director of National Intelligence